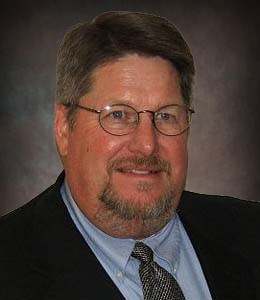 Dave joined United Country Real Estate in December 2006 with an office in Salina, Kansas. In April 2007 they opened their office in Coldwater, Kansas. In 2009 they added auction services to their operation. In February 2012 Dave had the honor of receiving the national 2011 Holcombe Award for exemplary management performance as an Area Vice President in service to United Country Real Estate. He was recognized in March 2014 with the 2013 Holcombe Award, joining a select few that have won the award twice during their management careers.

In 2019 Dave became one of the first Realtree Land Pros following the Realtree and United Country corporate partnerships.  With a lifetime of hunting, fishing and outdoor experience, as well as 12 years of ranch and hunting operation magagement experience, Dave is able to bring his knowledge and experience to work for buyers and sellers of farm, ranch, hunting and recreational real estate.  In 2020 Dave sold the United Country Red Hills Realty & Auction office to Vanita Blundell and her husband Jim Blundell.  Dave stayed on as a supervising broker and is honored to still be a part of the United Country family.  Dave specializes in land and rural real estate.

Prior to joining United Country Dave worked for Farm Bureau Financial Services as a Regional Claims Manager for 17 years, retiring in 2003. He managed claims offices in Salina, Osborne, Concordia and Manhattan. Prior to working for Farm Bureau, he enjoyed 8 years of service to our country in the US Navy aboard a nuclear fast attack submarine, the USS Scamp SSN-588 and on recruiting duty in Western Colorado.

He started a family owned and operated real estate business in 2003. In 2006 the small company was recognized as an Emerging Business of the Year and was nominated for the Plains Spirit Award by the Kansas Small Business Development Center. In June 2007 Governor Kathleen Sebelius and the Kansas Department of Commerce recognized the company for the Business Achievement Award for service. The company has been featured in a number of articles in the Salina Journal, Boston Globe, Yahoo News Technology section, on the front page of the Los Angeles Times and many other newspapers.

Thank you, Dave, this was a great experience, I appreciate all of your input and expertise, anytime you’re in the neighborhood give me a call. Thanks again.

We really appreciate your kind words and enjoy doing business and meeting great people like you. May God continue sharing his blessing with you and your family. If you ever in OKC and need a place to stay or visit please feel free to stop by.

Dave goes above and beyond to set himself apart as a value added resource to his colleagues and customer base. He establishes rapport and trust quickly. These attributes allow him to form long-lasting relationships both personally and professionally. Working with Dave is a fantastic experience to say the least.

Dave is an excellent communicator and treats people the way he would want to be treated. Always going above and beyond the call of duty, when he says he's going to do something, he does it. Dave's expertise in real estate as well as his sincerity to truly help others sets him apart. He is an incredibly sharp expert of real estate as well as a top notch guy!

Dave has always been an innovator and leading the trends with Real Estate, marketing and online strategies. He successfully assisted numerous communities and businesses in NW OK referred to him sale and market their locations. Dave is always professional, timely and reliable.

Dave is a person that is realistic and really knows what he is doing. He is a person you can trust in your business and personal activities. He is a real asset when you give him the opportunity to perform what he is capable of.

When I've needed information on properties in central Kansas, Dave has always provided prompt and detailed responses. He's an excellent source for available properties and other information on Kansas rural communities.

Dave is a true professional and very knowledgeable real estate expert. He is conscientious and a man of his word. One of the hardest working people I have met and genuinely cares about the people he does business with. He is smart, innovative and is constantly looking for ways to improve any project he is working on. Everyone that meets and works with Dave speaks very highly of him.

Dave Rose has been a great friend and business associate. He understands our marker area and the clients we serve. Dave constantly gives us ideas we can use to develop our business. He responds quickly to needs & questions. He is a true partner in every aspect.

Dave is a great business man, mentor and manager with a professional attitude. I sincerely believe his goals is to help others not only achieve their goals but to exceed the goals they have set. His willingness to excel has made him a leader in his field. Dave has a truly spirited and enthusiastic approach and will help anyone that crosses his path.

Dave was the first to introduce us to the United Country Real Estate family, and we will always be indebted to him for that. Dave lives the culture of United Country which includes honesty, integrity, and customer service. He's not just one of the executives - he's a successful United Country franchisee in his own right, and gave us the confidence to move ahead and broaden our focus statewide in farms and ranches, country homes, and other non-urban lifestyle property!

Dave, I would like to thank you for the two agents you recommended to our company and we recently hired to work for us. Both of these young men were everything you told me they were and more. Please send me more just like them! Working with you was a pleasure!

Dave is a true leader in the Real Estate Industry. He is hard working and dedicated to providing the best possible service to all parties he encounters. Extremely knowledgeable and numbers oriented.

I will be honest with you I was apprehensive when Cleon said his guy was going to help with the deal. I trust Cleon so I went with it. You were great to work with and I felt very upfront and honest with us. I would definitely use you again.

This is why I feel confident that we chose the right folks to market our home. Great work and useful statistics. We just need that one out of 99! Thanks again.

Hi..... I just wanted to say... thank you so much for taking such awesome care of my Mom💜💜💜you did a phenomenal job on the ranch portrayal ... layout and pictures. It’s a great feeling knowing she is in good hands. 💜. Sincerely written. The oldest daughter from Az. Neva

Each Office Independently Owned And Operated. The information provided herein is deemed accurate, but subject to errors, omissions, price changes, prior sale or withdrawal. United Real Estate does not guarantee or is anyway responsible for the accuracy or completeness of information, and provides said information without warranties of any kind. Please verify all facts with the affiliate.
Copyright© United Real Estate
Privacy Statement-Terms Of Use

If you are using a screen reader, or having trouble reading this website, please call our Customer Support for help at 800-999-1020 .

Leave a message for Dave